The UT system made $16,000 so far this year from ICE cases involving children claiming to be children. The method is quite popular with the man hired to do it. He also considers ” bitemark matching” to be useful for law enforcement purposes.

In this interview with Vice News, he uses identical excuses and deflections about ageing immigrant children as he uses defending bitemarks. In 2015 the Texas Forensic Science Commission thoroughly rejected his claims about bitemarks. It should do the same with his iterations about ageing wisdom teeth “with a 95% level of confidence.”

The U.S. is checking immigrant kids’ teeth to see if they actually belong in adult detention

ICE and ORR are using controversial dental science and race studies to figure out how old kids are. SHARE TWEET 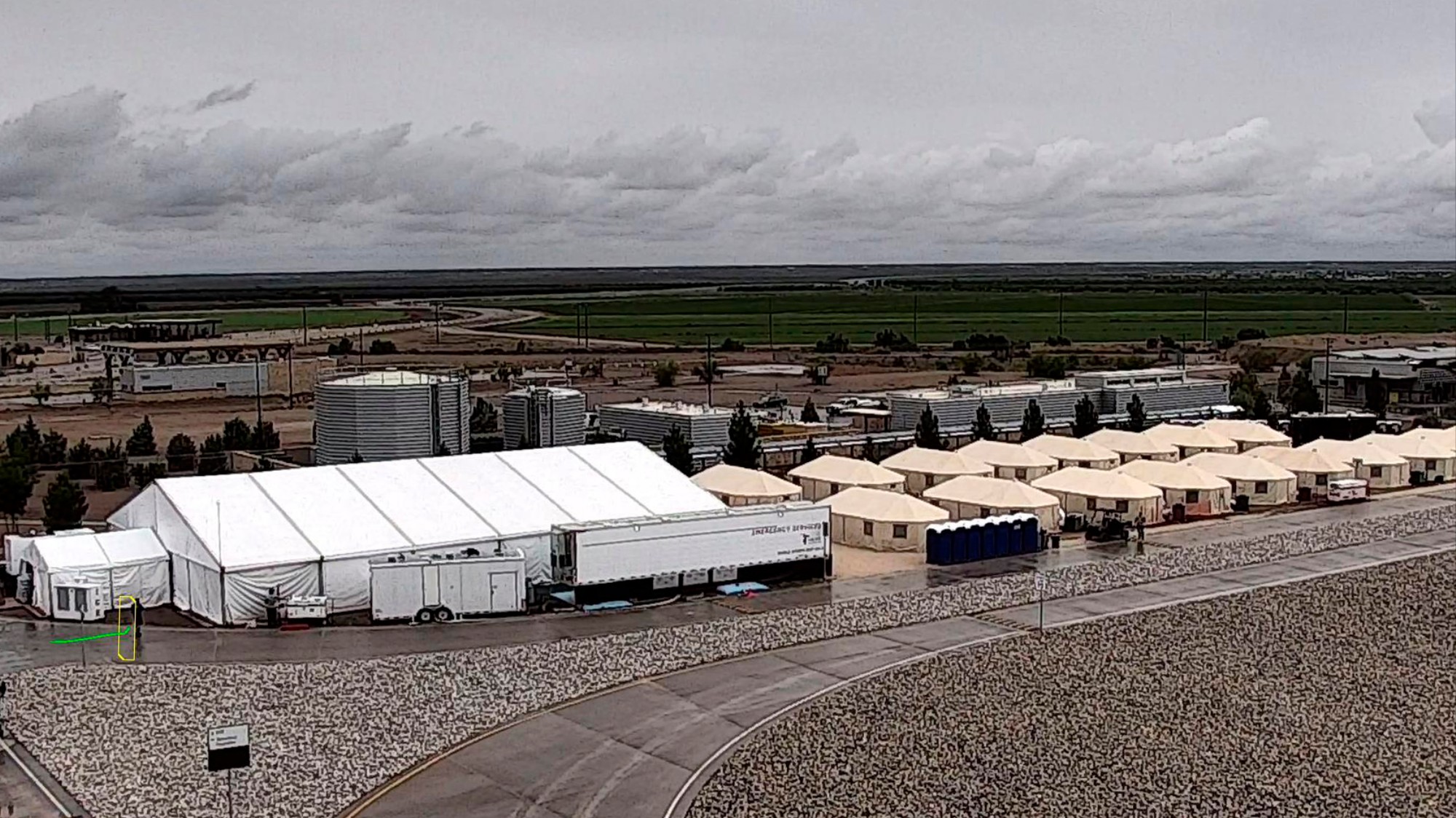 In the U.S. immigration system, the difference between being 17 and 18 is a crucial one. Undocumented minors who cross the border are housed under the custody of the Office of Refugee Resettlement. They stay in shelters, not detention centers, and they are on a path to be released to family-member sponsors. They also receive special protections under the law. Immigrants 18 and older, however, fall under the jurisdiction of ICE. They are often kept in detention centers that are akin to prisons.

Young immigrants, though, don’t always come with birth certificates or other documentation of their age. When that’s the case, ORR contractors and ICE sometimes turn to a highly disputed science to determine how old the immigrants are: forensic odontology. ORR and its contractors work with specialized dentists to conduct “age assessment” reports on minors suspected of being adults.

Immigrant detainees are X-rayed, and those images are sent to a forensic dentist, who looks at the person’s wisdom teeth and performs a statistical analysis, factoring in a person’s race and gender using studies on different dental populations.

Neither ORR nor ICE discloses how many of these assessments are ordered per year, or how often they are used as evidence of age.

Read: This toddler got sick in ICE detention. Two months later she was dead

ORR is prohibited from using forensic odontology exclusively to determine age by the 2008 Trafficking Victims Reauthorization and Protection Act. But the agency has broken that law in the past. In 2016 a federal judge found that ORR had used X-rays alone to send a Somali boy to ICE detention. The judge ordered that the child be returned to ORR custody.

ORR contractors have continued to order dental assessments. Email records obtained by VICE News show that a Southwest Key shelter for immigrant children in Arizona used the method in April of this year to designate an immigrant as 18 and refer them to ICE custody. Southwest Key declined to comment on the referral.

In the 2016 case, the odontologist who analyzed the reports was David Senn, director of the Center for Education and Research in Forensics at the University of Texas San Antonio. To make an age estimate, Senn analyzes dental development and inputs data into a program he helped develop called UT-AGE, along with information on the subject’s sex and race. Using statistical data, it then produces an estimated age range, mean age, and a probability that the person is over 18.

In interviews with VICE News, Senn said he has performed this service, mostly for ICE and ORR contractors, 79 times in 2018, and hundreds of times over the years, going back to the 1990s. His current rate for an age assessment is approximately $228 per examination, paid to his employer.

How the information is used is the responsibility of immigration authorities, he said.

“My understanding of the immigration people’s responsibility is that they have to take a holistic approach. They have to look at all of the available evidence and then combine all of that evidence into a decision about whether or not someone has reached the age of majority. That is not a decision that I make, and our reports do not indicate that,” he said.

“What they do with that information is with them,” he said. “They have the legal responsibility for doing that. We’re just reporting data based on the development of the teeth.”

“Mistakes are going to be made when you deal with estimates, and the government agency is responsible for analyzing all that information,” he said.

The American Board of Forensic Odontologists’ Standards and Guidelines for Age Assessment says that age assessments play a “useful role in assisting legal authorities” in determining age cases, but it cautions dentists that “use of other age-assessment modalities such as anthropologic methodologies should be considered if available.”

Other forensic odontologists are critical of using this kind of analysis to determine age in a legal setting. Iain Pretty, an odontologist in the U.K. who provided expertise to the Innocence Project on dental age assessments, called it a “minefield of both lack of science but also significant ethical concerns.”

After the Department of Health and Human Services was banned from using dental exams as the sole determiner of age in 2008, it came up with a policy that conformed with the law: Radiographs “may be used to determine age, but only in conjunction with other evidence.” If the radiograph or other medical assessment determines the probability an individual is 18 or older exceeds 75 percent, the agency can turn that person over to DHS — as long as it’s considered as part of the “totality of the evidence.”

But in that case involving the Somali teen, no other evidence was apparently used. Senn examined radiographs of the boy, who was known in court filings as “BIC.” Because Senn determined the juvenile was “African,” he compared his teeth to a dataset of American blacks mostly taken at a dental college and office in Tennessee, and an Arkansas prison.

In court filings, Matt Adams, a lawyer for the Northwest Immigrant Rights Project who worked, argued that ORR had relied only on the dental evidence to assess age. “My assumption was that the agency relied upon that probability percentage then to make that determination that the client is no longer a child,” Adams said.

A federal judge agreed, and said that ORR’s reliance on just the X-rays broke the law — and the juvenile was released.

Adams said his client was not told by ORR or its contractors of the purpose of his dental exams.

Senn acknowledged that he doesn’t generally know if children were told why the exams were being conducted, and said that authorities not obtaining such consent is “a problem.” But he said he’s “comfortable doing these examinations based on the treatment requests that are given to me by these agencies.”

“If the law decides that is not sufficient, then those practices should end”

“If the law decides that is not sufficient, then those practices should end,” he said.

Now, dental forensic evidence is coming under increasing scrutiny in the courts.

On Wednesday, the Innocence Project filed an affidavit in a current case where ORR used Senn’s dental examinations to determine age — the first time the organization has intervened in an immigration case.

The affidavit says that the age estimation data in Senn’s report “reflects a fundamental lack of the statistical expertise required to offer meaningful analysis.”

Senn told VICE News that he disagreed with that assessment.

“We urge the court to reject Senn’s analysis and to hold submissions to a higher standard,” the affidavit reads.

“We’ve asked the Office of Refugee Resettlement, ICE, the Department of Homeland Security for information about how often this is being used, where it’s being used, and which of the dentists are engaged in this practice, and how often, and how much they’re being paid for the practice,” said Chris Fabricant, Director of Strategic Litigation for the organization. “And we’ve got no answers thus far.”

Senn’s method is relatively simple. A facility contracting with ORR sends him dental X-rays, usually along with a photo of the subject and information on their ethnicity, nationality, and sex.

Senn visually examines the teeth using a method known as Demirjian staging, and assigns a level of development to them: A, B, C, D, E, F, G, or H. It’s a subjective method, and the same two dentists will not always agree on the developmental stage of a tooth.

Then, using his own assessment of race based on the provided biographical information and photograph, he also assigns them one of five “ancestry” categories: European, African, American Hispanic, Asian, or unknown.

“This is very subjective. It shouldn’t be used in cases of life and liberty.”

The racial information determines the study data that the program uses, since the consensus in the forensic community is that dental development varies widely according to ethnicity.

Critical odontologists say the problem is that the dental analysis is based on just four studies relating dental development to ethnicity, and those studies include disclaimers about the limitations of the method. Nonetheless, anyone deemed “Asian” is assigned a study of Japanese juveniles. Anyone “American Hispanic” gets a study of North and South Texans of Hispanic descent, sometimes determined by their last name. Anyone “European” gets a study of American and Canadian “whites.” And anyone “African” gets a study of American blacks from an Arkansas penal facility and two practices in Tennessee.

Anyone “unknown” gets an average of the four datasets.

Senn agrees the data could be improved. “I would like to have a specific database for the country of origin that this individual comes from and base the estimation on that population only,” he said. “I just don’t have available to me population data for all of those places.”

With that information — tooth developmental stage, race, gender, and four studies — Senn’s program produces a range of possible ages for the examined client. The range is wide — generally around six years. It also produces a mean age, and a percentage probability that the client is over 18.

Pretty, the odontologist working with the Innocence Project, argues that the results are intrinsically deceptive. “When I put a percentage sign behind something and then put a ‘.55,’ it gives you an impression of precision, doesn’t it?” he said. “But I think it’s meaningless. How can you be ninety-two-point-five-five percent sure?”

Senn, though, emphasizes that the data supports a range — not a precise age–and that his reports make that clear. And when he’s unsure of a category, or not sure whether to assign one or choose “unknown,” Senn said he assigns the category that will produce the most “favorable” result — that is, the lowest age range.

Forensic odontologist Adam Freeman studied under Senn. They have disagreed over other forms of forensic evidence in the past. Now, he has serious concerns about the accuracy of the UT-AGE method.

“You’re making these broad sweeping generalizations about ethnicity in huge populations as opposed to finer ones, and even then, if the best you can do is plus or minus three or four years, then that should bring some great concern to anybody using this technique for the purposes of developing an accurate, specific age of a person,” he said.

“This is very subjective,” Freeman said. “It shouldn’t be used in cases of life and liberty.”

To Senn, the problems with the method don’t negate its usefulness as a tool. “There’s very few teeth and bones still developing around the age of 18,” he said. “Dental is one of the most accessible, along with hand-wrist, to make that study with. So if it’s all that you have, you can criticize it, but you use what you have.”