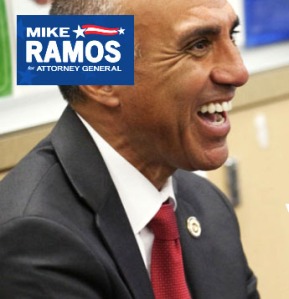 Note that the NDAA (national DA association) president is none other than San Bernardino’s pro death penalty DA Michael Ramos (@michaelramos). I’m not surprised at this inarticulate, unreferenced and roiling objection to the White House forensic science “predecisional” report just informally released to the Internet. Ramos is also running for California Attorney General for 2018. He’s getting a head start for sure.

Check out Ramos doing his thing (I’m sure a staffer wrote the whole news release). My comments are in italics; “quotes is the NDAA:

Boilerplate #1. Old rhetoric from 2009 NAS Forensic Science backlash. He’s claiming a special “knowledge exception” to any oversight. See #3 below for a revisit on this “logic.”

“It is unfortunate that members of PCAST, none of whom are forensic practitioners who have been trained or tested for competence in the forensic disciplines, ignored vast bodies of research, validation studies, and scientific literature authored by true subject matter experts,” said NDAA President Mike Ramos.

Boilerplate #2 This wouldn’t pass a junior high school English Comp mid-term for exposition. No substance to his conclusions. D-.

“However, the opinions expressed by PCAST in their report clearly and obviously disregard large bodies of scientific evidence to the contrary and rely, at times, on unreliable and discredited research.”

Boilerplate #3 (this is simple-minded). The NDAA is lecturing on judge “gatekeepers” being the final arbiter about “what is science.” Typical legalese rebut by a bunch of lawyers. Certainly shows how the history of forensic science is (by some) excused from normal scientific methods expected by other public health and public safety institutions  (FDA, DEA (sometimes), NIH,  etc).

“Critically, because of our system of justice, in each instance that such evidence is used, the process of presenting and cross examining the forensic evidence is overseen by objectively neutral judges whose role is to fairly supervise the introduction of evidence into trials and to act as “gatekeepers” to determine the reliability and admissibility of forensic evidence on a case-by-case basis.”