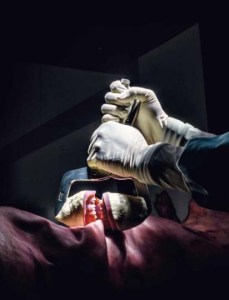 An unofficial and possibly “leaked” unpublished draft from the White House Science and Technology Council (#PCAST) has arrived via the Internet. It is a new and comprehensive forensics review by a PCAST Working Group and tells a tale about the ABFO’s bitemark bunch.  Their conclusions are clearly expressed. The draft has yet to be approved by the entire Council. Their rationale is based on:

“Few empirical studies have been undertaken to study the ability of examiners to accurately identify the source of a bitemark. Of these, several employ inappropriate designs that are likely to overestimate accuracy. The observe false positive rates were so high that the method is clearly scientifically unreliable at present.”

They also make short shrift of ABFO representatives who testified before the Council during various hearings. Notable in the quick denier back-lash to PCAST is that they locked out forensic practitioners from participating. Pure bunk.

The take-away is “keep these dentists out of the courtroom.” This is strikingly similar to the NAS 2009 “Strengthening the Forensic Sciences: A Path Forward” equally critical findings on this AAFS recognized group of forensic dentists.

Now, maybe the FSAB certifiers of the ABFO will apply their minds to eradicate this decades long travesty of forensic non”science” being used to convict the innocent. I also suggest that reparations are in order as well.