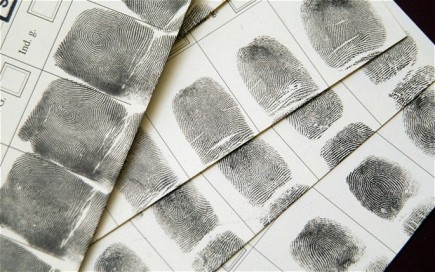 Fingerprints and a “bitemark” used to convict Bill Richards in 1997 in California.

The partnerships between the AAFS and police sciences are very strong and professionally intertwined in the US criminal justice system. The organization was originally founded by police crime lab personnel amongst a smattering of lawyers, governmental (state. or local jurisdictions) pathologists and lab technicians. The dentists came later, quite thrilled with being recognized as a distinct member of the crime fighting community. The advent of DNA profiling from incredibly small portions of sweat, blood, saliva, and body fluids came aboard during my mid years as an AAFS member (aka Fellow) about 18 years ago. My motivation to follow the DNA section of the AAFS (aka Criminalistics) proved to be a personal and professional turning point as I had been trained and observant of “renowned” bitemark dentists claiming to be as good as fingerprint examiners (I call this “science” by association). The following is a short, yet brilliant personal account of an UK fingerprint system innovator who has gone through the ranks and apparently achieved a pivotal point where his confidence on the decades use of fingerprints has evolved.

Why your fingerprints may not be unique

The basic assumption that everyone has a unique fingerprint from which they can be quickly identified through a computer database in flawed, says Mike Silverman the Home Office’s former Forensic Science Regulator:

Dr. Michael Bowers is a long time forensic consultant in the US and international court systems.
View all posts by csidds →
This entry was posted in Uncategorized and tagged American Academy of Forensic Science, AMERICAN BOARD OF FORENSIC ODONTOLOGY, Forensic science, junk science, wrongful convictions. Bookmark the permalink.