Data search into the success of criminal appeals: Results are……….. 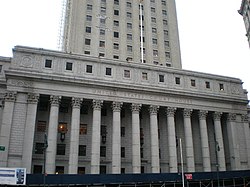 Arguments opposing innocence attach to a suspect when LEO investigators convince a prosecutor to file charges. It continues after either a plea bargain, which avoids the trial stage confirms guilt or a conviction after trial. The prosecutors’ response to any defendant’s appeal of a conviction contains a combination of admonishments supporting due process (i.e. legal technicalities) being present throughout all law enforcement and legal proceedings and a ‘beyond a reasonable doubt’ amount of multiple types of evidence t proven to that level of certainty. In essence the DA response is  a complete confirmation of guilt. Standards for a conviction to be reversed (i.e. vacated, overturned, quashed) are high and of course vary amongst the states and federal criminal system. Two states allow a failure of expert testimony via ‘junk science statutes’ to be substantial basis for a reversal. They are California and Texas. Most other states follow their collection of case law where the lawyers and judges from the past control the reins regarding forensic admissibility. That’s proven contrary to a number of those specific cases promulgating the use of bitemark matching, hair matching and bullet lead matching were later vacated due to DNA.

So what is the success rate of prosecutors sustaining their convictions after a plea or trial? Or conversely, how many appeals are successful in exonerating a defendant? If one is high and obviously the other must be very low.

At the outset of this inquiry, much of the outcome depends on definitions of ‘reversal on the merits’ and a few other legal terms. Those are covered below. Remember we are NOT talking about exonerations which are a court’s declaration of innocence and are numerically rare. The reversal of a conviction stills allows a prosecutor to retry the defendant. Under certain circumstances there is a limit limit to recharge a defendant based on a DA’s theory that guilt can still be proven. That’s clearing be shown in a high percentage of Innocence Project cases where the retry “intention” was the first words out of a prosecutors clearly showed in the media.

I was only able to find information from the US Court of Appeals 2d District. (Conn, New York, Vermont). There are 13 such Districts. Will it be representative to all the others?

My primary source is this from Prison Legal News titled: “What are the Odds of Complete Reversal after Conviction in the Second Circuit.” So at the get-go, we are looking at ONE jurisdiction of a court of appeals ONE geographical location.

Here’s what they found towards the end of their study:

“We were left with a list of 1,985 cases involving direct appeals from trial convictions in the Second Circuit between January 1, 2000 and May 31, 2013.2 It is often said that defendants are entitled to a fair trial, not a perfect trial, and so the percentage of complete reversals should reflect the percentage of cases in which appellate judges determined that the defendant did not receive a fundamentally fair trial. If the judges are guided by this rule, then it follows that they collectively believe that more than 96 percent of trials are fundamentally fair; our research reveals that over the 13 years we examined, the rate of complete reversals was approximately 3.78 percent.”

Under the section “reversal rates” they break down these quashing events according to specific judges and which judges who wrote opinions that were reversed.