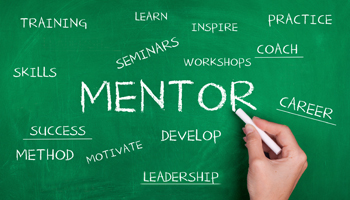 Forensics and criminal law are subjects that are increasingly being included in mainstream legal training in the US. There are prestigious law schools that have risen to the challenges that, to some of us, seems obvious. Major changes have occurred in areas of ‘hard’ science since I began testifying in US courts in the 1980’s about human identification via forensic dentistry. Crime lab scandals were not newsworthy. Junk forensics, wrongful convictions and prosecutorial misconduct were of little interest.

In that period, legal tomes about forensic testimony was restricted to just a few very thick, and well worn titles that regularly underwent revisions every so often. Legal scribes from law schools giving narrations on forensic methods during the 60’s and 70’s included James Starrs, Ed Imwinklereid, and Paul Gianelli. The 1980’s and 90’s brought us Michael Saks, Michael Risinger, David H. Kaye, David Faigman, and Bill Thompson. The 90’s up to the New Millenium shows an explosion of legal/forensic expertise in specialized areas related to police sciences, social science statistics, memory and behavioral psychology.   Applications of analytical sciences such as DNA, material sciences and chemistry exploded. This phase brought forward Jonathan Koehler  Jennifer Mnookin, Erin Murphy, Simon Cole, Brandon Garrett. Currently, if you google ‘law professors and forensic science’, it will bring up pages of teachers at all levels of legal education.

There should be more forensically trained legal faculty

It is noteworthy that the large majority do not possess ‘in-house’ forensic or ‘hard science’ training from police labs or college programs. A few are ex police persons.   That’s been a sticky point for any academics when they attempt to wade into courts  in criminal cases where the expertise and validity of police science or topics such as forensic DNA are of critical importance for defense purposes. They are delegated to teaching legal newbies, some lawyers, and judges as they write reams of legal and main stream articles and books about their scientific ‘ideals’ within a criminal law concept.  Psychology in the areas of mental assessments of defendants, or in the relatively recent areas of human perceptions regarding memory and accuracy of eye witness statements have taken professors into the court system.

Rules of expert testimony and legal procedures allow prosecutors forensic crime lab ‘scientists’ (someone with a BA/MS in forensics which can range from criminology or general chemistry or biology) to scientists (someone with a science PhD), in their employ. You have to notice that ‘forensic’ is tagged with everyone who works in a police crime lab. That can be set at a rather low threshold but it carries the day in court  for their being qualified to testify.

That does not apply to these legal educators/forensics-focused and heavily published professors. In a real sense, for all their lengthy careers and publishing in peer reviewed journals (of course predominantly legal), none of them are actual ‘practitioners’ of police sciences such as fingerprints, blood spatter, ballistics, bitemarks, or other pattern ‘identification’ methods. This rubs against their ever being allowed to testify in the US adversarial court system as defense witnesses. It has been attempted, but has a poor track record of success.

I don’t intend to argue the admissibility of legal experts who exhaustively study subject matters dealing with  crime science and human factors. Others are better for that lengthy discussion. What I do know is that Defense experts are often severely restricted from testifying because they are not ‘forensic qualified.’ Other reasons range from ‘never having done a case’ experience to a failure to possess a certain science degree.  Please note that most police forensics are not ‘rocket science.’ Crime labs have a long history of training people with only a high school diploma. I often read court transcripts where police officers discuss forensic findings along the lines of ‘circumstantial evidence’  with little more than few years of basic college education with their ‘forensic training’ done by the police themselves. For example: ‘time of death’ determinations (taking a postmortem liver temperature) at a murder scene is commonly taken by someone with a high school diploma.

Why they really get excluded

All this is very procedural, but it is not the only reason for most courtroom doors being ‘closed’ to legal science scholars. A stronger reason is that they are very knowledgeable and are well versed in BOTH science, trained in the law and are teachers. Juries need to hear them. Prosecutors do not.

Make a difference for the future

With the realities of courtroom rules regarding ‘science’ being muffled, what practical purpose do these academic and scholarly law professor really have? They are training law students of the future about science, scientific thinking and developing career long  interest in the strengths and weaknesses of science and the posturing of pseudo science.

Hopefully, some of their students will pay attention and later become prosecutors, defense attorneys and policy-makers who are capable of applying a higher level of scrutiny to the meaning of scientific-based ‘justice.’ The current bunch of criminal justice leaders rose to their glass ceilings long before forensics began to grudgingly evolve into some form of ‘science.’ These folks have recently said ‘enough’ already to all those ‘anecdotal’ studies on their success and failure rates of forensic and criminal programs.

N.B. Apologies to anyone I missed naming regarding the early days of legal scientific academia. I know there are many more.