Despite No dishonesty found after UK witchhunt of Waney Squier : Burking continues 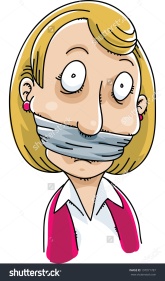 Here is the latest from Dr. Squier saying how she was “targeted”  for her adversarial stance opposing another doubtful forensic method popular with some law enforcement agencies and prosecutors in both the UK and the US.

I have  comments after having read the holding giving Dr Squier her medical license back after the UK London police put a hit on her with the General Medical Council. She now remains muzzled from criminal and civil courts for three years.

A. The ploy of her cross examiner regarding honored “treatises” is surely just a trial of gamesmanship and misrepresentation against the material and factual evidence already present in her testimony. An expert agreeing a paper is an authoritative treatise does not mean that she has to declare every element within the paper that she does or does not believe to be certain. Many times treatises, in the same paper, can both support and or not support another expert’s testimony. But, tt is NOT always so according to Mr. Mitting. It is absolute to him. Black an white. That’s not the reality.

B.  While undergoing cross-examination, there is no rule of law saying the expert has to verbally footnote ‘ibid’ or ‘op cit’ to previous statements contained in her direct examination.The arbiter’s ruling offers a differing expectation and his lecturing on expert’s veracity is specious and misplaces legal logic.

C. The arbiter said such “silence” is misleading to the judge and jury. I say her body of testimony in each SBS case the Met Police objected to contains statements of her disagreement and agreement material to answer and dismiss the complaint in her favor. All are clearly referenced in other portions of her testimony. Repetitive cross examination about each treatise is “badgering” and should have been ruled as such by Mr. Mitting. Try the adjectival terms “inconsequential” or “meaningless” to these lines of  questioning.

D.The arbiter failed to exorcise the entire proceedings by failing to link the GMC’s misuse of due process and common law tenets allowed to Squier:

In one example, the GMC used Squier accepting counsel for advice as an indicia of her “dishonesty” and guilt. This is an abhorrent twisted view of justice.  This accusation and its later being considered ‘founded’ by the GMC surely tainted the entire process and undoubtedly chilled her responses during the hearing and later appeal.

Conclusion: I suggest Dr. Squier was a victim of over-arching unfairness, badgering and a 1-dimensional appellate review which diminished protections available for qualified expert witnesses with the audacity to speak about doubtful forensic matters.

Dr. Michael Bowers is a long time forensic consultant in the US and international court systems.
View all posts by csidds →
This entry was posted in Uncategorized and tagged junk forensic science, SBS, UK Met police, Waney Squier, witchhunt. Bookmark the permalink.