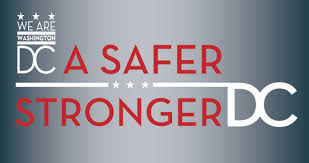 “However, we assert that if all U.S. forensic DNA laboratories were held to the same standard to which the D.C. DFS lab was held, few would be left standing.”

A D.C. DA lead review of 182 cases after Houck’s firing seems to not have made the news since Houck’s 2015 firing.

His replacement after an interim director is  now the fully appointed director, Jenifer Smith who spearheaded…………

“As a DFS consultant, Smith provided her expertise in assessing the findings of the Independent Audit of the Forensic Biology Unit, and provided her recommendation for trainings on DNA mixture interpretation.”

In other words, after participating (after the fact but surely profiting from it) in the contested by a few (see below) audit by ANSI-ANAB’s (which itself has no lack of detractors) cadre of ex-crime lab directors, she eventually got Houck’s job.

The DFS advisory board had another member, the same Jay Seigel noted above, who put out a telling letter to the California Asso of Criminalists  (pg 11) in 2015 about his take on Houck’s ouster the consortium. Bold is added as emphasis.

“Recent events that culminated in the hasty and in my view, unwarranted dismissal of the administration of the DFS has given me great pause and concern. The only scientific issue of merit in this process was the protocols used in the interpretation of the level of significance of contributors to certain DNA mixtures. It is well known in the forensic science community that there are no standards for the statistical interpretation of such mixtures. The DNA unit of the DC Forensic Science Laboratory was using methods that represent a consensus among many forensic science DNA units nationwide. The Panel convened by the DC US Attorney’s Office had a different opinion about the protocols that should be used by the laboratory. On the advice of the Scientific Advisory Board, the Laboratory changed some of its protocols and SOPs in the area of DNA mixtures. The laboratory made several requests of the USAO to furnish it with the protocols that are used by the Panel, but was unsuccessful. At its meeting of April 24, 2015, the Scientific Advisory Board began to prepare a letter to the USAO to furnish this and other information so that the Board could examine the merits of the Panel report. During the latter stages of that same meeting, the report of the independent 3rd party, who was commissioned by your office to evaluate the DNA unit, issued its report to you. The Board received the report late in the afternoon of its meeting on April 24. The Board had no chance to evaluate this report during that meeting or in the few days after. Just a few days later, without consultation with the Board, you proceeded to fire the senior administration of the Laboratory. The Board had no chance to review the issues raised in the two reports and to perform its statutory duties of advising the Laboratory, your office and the City Council. The District of Columbia has an extensive and well-deserved reputation for political interference in a wide variety of its activities and processes. I hoped that this would not be the case with the DFS when I joined the Board. My hopes were misplaced. The actions you and I believe the USAO have taken in this matter were clearly not based on scientific considerations since the Scientific Advisory Board had no chance to provide advice BEFORE you took such drastic actions. I cannot continue to serve as a member of the Science Advisory Board and I hereby resign, effective immediately. Sincerely, Jay A. Siegel PhD”

Others who formed the admin of DFS during Houck’s tenure have also been lopped off the tree.

Its general counsel, Christine Funk  got terminated. Her history as criminal defense counsel surely opposed the new director’s 23 years of FBI employment. The chief scientist and the DNA Unit manager were also fired.

“Funk’s boss (Max Houck) says her experience makes her invaluable to DFS . . . She understands the law, she understands the labs, and she’s about as knowledgeable about science as any attorney I’ve met,” Director Max M. Houck said. “As an independent agency, she provides us with the insights and feedback we need to stay objective. She’s our keystone.”  From a 2013  DFS post before the coup occurred.

In their salad days in early 2015, Funk and Houck were international speakers in the UK on the subject of independent managed crime science facilities and, among other subjects, certain “reform” procedures considered progressive. This four day meeting’s theme was “A Paradigm Shift for Forensic Science,” It did not include having ex-officio firings occur as described supra.

Guns on the Run?

The latest victim to this resurgence of  political, police and prosecutorial control just filed a wrongful termination suit revealed in his claim a pattern of fire-arm mismanagement tangentally akin to the “Fast and Furious” BATF debacle  from 2011 (which is still simmering). The press brought us from that debacle the F&F term “gun walking” used by law enforcement.

Apparently guns have been “walking” out of the ballistics and firearm unit of the DC lab for years. The guy who made the finding is the one filing the lawsuit. He was their gun manager.

Of course a real question is “who is stealing the weapons out of the evidence room and selling them on the streets of Washington D.C.?

Here’s a snippet from the lawsuit:

“Jason Kolowski claims the department fired him one week after he disclosed an “anomaly” in the its database that showed weapons with the same serial number entered twice for unrelated cases.”

Read The tale of lost guns in the D.C. Evidence locker.

Dr. Michael Bowers is a long time forensic consultant in the US and international court systems.
View all posts by csidds →
This entry was posted in AAFS, US Crime labs and tagged crime labs, criminal justice, CSI. Bookmark the permalink.