In 2016, Texas determined that dental bitemark experts should not be admitted in court. What’s now happening in Mississippi (MS) is a classic legal and forensic science example of continuing that agenda.

1993. A bitemark ID was achieved in MS from apparently uniquely manufactured denture teeth (from a removable dental appliance) biting a victim. The bite was “recovered” via an exhumation after her homicidal death.  Cause of death: knife wounds.

1994. Eddie Lee Howard is convicted for rape, arson, and murder. He has been sentenced to death twice. His convictions contain doubtful and clearly fake forensic evidence. Remember the”Making a Murder” similar assertions? Howard’s case is more rock-solid when compared to Avery’s. Google is filled with dozens of links about Howard’s decades-old case.

Drs. Steven Hayne (he did the victim’s autopsy) and his colleague Michael West (bitemark dentist).

Allgood’s history of wrongful convictions ( 3 ) may have played heavily in his lost re-election attempt. All these overturned convictions relied on medical and dental experts.

MS Attorney General Jim Hood has also continued to defend this duo and ignore tackling junk forensics issues over the last 22 years. His relationship with ex DA Allgood is substantial.

2010. All is explained in “Killed on a Technicality” at Reason Magazine . The take-away is that, in 2016, MS Attorney General Jim Hood still wants to execute Howard.

2012 Dr. Hayne develops an antagonistic relationship with the IP.

2014. Dr. West admits that bitemark IDs are unreliable to MS Innocence director Tucker Carrington during a deposition related to Howard.

The pro bono publico expert panel (all members of the American Academy of Forensic Sciences) planning to present in favor of Howard’s innocence litigation are:

Dr. Cynthia Brzozowzski is from Garden City, New York. Among other professional affiliations, she is  member of the bitemark certifying ABFO and also on its Board of Directors. She is an advocate of forensic science reform in the field of forensic odontology.

Professor Iain Pretty is from University of Manchester, UK. a Public Dental Health researcher and extensively published in the field of forensic odontology. 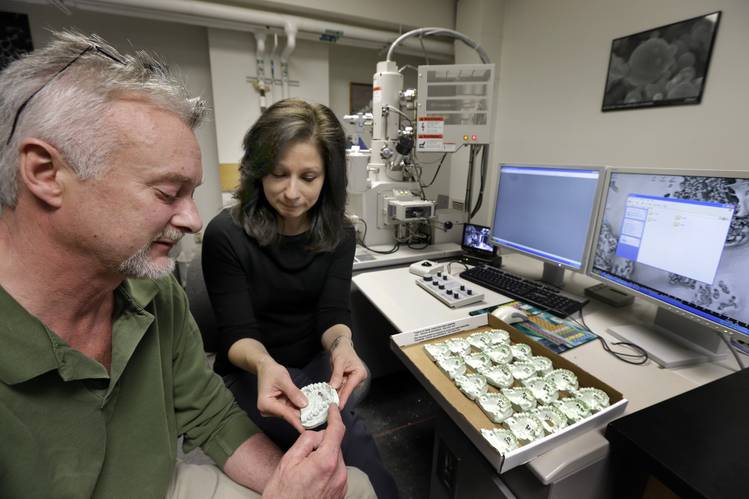 Peter and Dr. Mary Bush  are researchers at the University of Buffalo in the fields of human identification and pattern skin injury analysis.

I will also be attending the hearing on May 3 til May 5th, 2016  and will stream pics with comments on Twitter at #ELHoward.