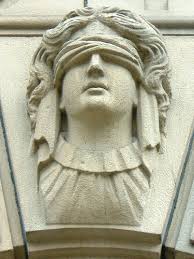 Even when exoneration cases have proven forensic experts wrong (the first 200 exons had a 57% error rate of the participating forensic types :Brandon Garrett, Judging Innocence, 108 COLUMBIA L. REV. 55, 107 (2007)), the US courts’ reliance on precedent cases versus upated data-driven scientific proofs continue to lay waste (actually they avoid to recognize) Due Process clause protections of the US Constitution. As in any disease or harmful process, the cure is often tougher than a few ounces of prevention. Worse stages of disease require much more. To continue this allegory to its legal source, the US courts are practicing an antiquated version of British Common Law that isn’t keeping up. The scientific evidence Frye Rule is from 1923 and is a core component in current similar iterations.

Science is banging up against legal inertia (i.e. the tendency for objects to resist outside force and keep on what they are doing, either to stay at rest or keep moving).

In addition, the cobweb of multi state cases accepting faulty science are so intertwined as to be…. for lack of a better word, endemic.

One example:  With respect to death penalty cases alone, at least fifteen convictions where bitemark evidence not only played a key role in the prosecution, but also, as in Stinson (WI) and Brooks (MS) (2 bitemark exonerations) , the cases rely mutually on each others’ flawed acceptance of the pseudo-science to justify the convictions.

Here’s are quotes from  “shifted paradign in forensic science” that uses a different context.

“This kind of self-serving, court-facilitated pseudo-jurisprudence not only facilitates trial courts’ wholesale admission of flawed evidence; it also insulates such decisions from appellate review, no matter how legally indefensible and intellectually dishonest. Post-conviction courts, moreover, typically avoid any rigorous analysis of a discipline’s validity or of the propriety of a trial court’s admissibility decision by invoking procedural bars.”

The focus become sharper when the current appellate review of junk-science caused convictions is laid out for all to see.

“……for example, post-conviction courts’ review was primarily focused not on substantive analysis – even cursory – of fire science, but, instead, but on procedural hurdles that Lee’s [ convicted of arson and murder by junk fire “science” ] request for post conviction relief were required to overcome in state and federal habeas corpus litigation. After a lower court declined to address the scientific legitimacy of the fire science, Lee was denied review because his “claim of newly discovered evidence [that the fire evidence was not based on sound science] is not cognizable under § 2254 [state remedies in federal court] because claims of actual innocence based on newly discovered evidence are never grounds for federal habeas relief absent an independent constitutional violation.”

[Lee v. Tennis, No. 4:08-CV-1972, slip op. at 1 (M.D. Pa. June 13, 2014).. The court cited Herrera v. Collins, 506 U.S. 390 (1993) for the proposition that “[c]laims of actual innocence based on newly discovered evidence have never been held to state a ground for federal habeas relief absent an independent constitutional violation occurring in the underlying state criminal proceeding . . . . This rule is grounded in the principle that federal habeas courts sit to ensure that individuals are not imprisoned in violation of the Constitution-not to correct errors of fact.” ]

Dr. Michael Bowers is a long time forensic consultant in the US and international court systems.
View all posts by csidds →
This entry was posted in Uncategorized and tagged American Academy of Forensic Science, CSI, Forensic science, junk science, National Commission on Forensic Science. Bookmark the permalink.