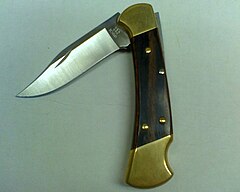 I think Dr. Lee’s quote (after the Court TV re-cap from 2007) indicates he’s curious about how all this could contrast with his own testimony from the original trial. He was an  OJ forensic science expert and confabulated most of us by saying two perps “could have been” at the crime scene. This certainly put him on the 5 Star list for the media. His work centered on shoe imprints and some general statements about DNA testing reliability from 1995.

Here’s some of his court comments archived by Court TV.

AUGUST 28
Prosecutors tried to minimize the impact of the testimony of Dr. Henry Lee, whose testimony solidified several aspects of the defense theory of the case.

Lee conceded that he was unable to determine with certainty whether some of the imprint patterns he observed were actually footprints.

After Prosecutor Hank Goldberg showed a videotape of policemen walking through the walkway at Nicole Brown Simpson’s home on June 13, 1994, Lee conceded that two police officers’ shoes could not be eliminated as the source of suspicious prints at the murder scene. But the witness said it was an unlikely scenario.

Lee told jurors earlier that he examined photos taken by police but also went to the crime scene two weeks after the killings and did his own investigating. He said that was when he discovered extra “imprints” with a parallel design on the walkway that could be consistent with shoes.

Using a giant magnifying glass to look at photos, Lee showed jurors the extra imprints. Prosecution experts saw only one set of prints from a Bruno Magli shoe that prosecutors have tried to link to Simpson.

Lee’s imprint testimony is crucial to the defense hypothesis that more than one attacker was involved in the murders. Lee also has told jurors he saw extra imprints in police pictures of Ronald Goldman’s jeans, a bloodstained envelope and a piece of paper found near the bodies.

On re-direct examination, defense attorney Barry Scheck pointed out that the envelope, paper and jeans all were collected by police on June 13. Lee testified that the prints he saw on the items could not have been made by police officers who walked on the Bundy walkway afterwards.

In other testimony, Lee conceded that his laboratory uses a type of DNA testing that another defense scientist challenged as unreliable.

At another point in his testimony, Lee appeared to contradict another defense expert by testifying that he uses the DNA analysis test known as PCR in his crime lab. Microbiologist John Gerdes previously testified that PCR works well in sterile environments but could falter with evidence collected at messy crime scenes.

There’s no legal recourse for prosecutors regarding Simpson’s not guilty status. But, the jury’s suspicion and nullification of the crime scene DNA could be strongly contradicted by new testing results. This is all speculative but interesting.

Legal expert Laurie Levenson gives short shrift to ideas that any of this OJ clamor has any value. “They should have found it 20 years ago.”

Dr. Michael Bowers is a long time forensic consultant in the US and international court systems.
View all posts by csidds →
This entry was posted in Uncategorized and tagged Forensic science, Miscarriage of justice, OJ Simpson. Bookmark the permalink.