The Innocence Project takes on a DA with complaint to the NY Bar; DAs hate the idea of having any oversight to protect the public 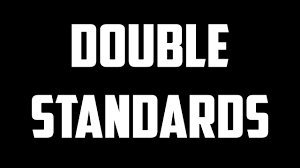 The NY Innocence Project is using the traditional means of complaining about a district Attorney involved with one of their client’s exoneration case. Bar associations have long been used for this and historically, are ineffective in doing anything.  The California Bar is particularly worthless for this. Hence, various jurisdictions and states like NY have very recently passed a statute setting up a dedicated commission to vette the DAs.

A NY DA claims any additional oversight of their office via the  proposed and now signed Commission is “unconstitutional.”

“Although I support the overall goal of oversight and transparency for prosecutors in New York state, this legislation was passed and signed by the governor with the knowledge that it was in an unconstitutional and unworkable form,” Wojtaszek said. “In fact, the Governor’s ‘Approval Memorandum’, filed with the bill, acknowledged that the law ‘contains several flaws that were identified by the State’s Judiciary and Office of the Attorney General.’ ”

Today I read another DA saying any more oversight is a “violation of the separation of powers” intent of the Constitution.

So, it’s a battle using Constitutional arguments by both sides. The DA’s, of course, want to preserve their immunity against their own misdeeds. The IP wants to have one DA accountable for her misdeeds that damaged Constitutional rights to a fair trial.

Dr. Michael Bowers is a long time forensic consultant in the US and international court systems.
View all posts by csidds →
This entry was posted in Uncategorized and tagged constitutional law, District Attorney immunity. Bookmark the permalink.