Shaken baby assumptions at the core of scheduled Texas execution 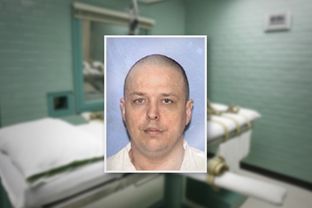 The case of a soon to be executed Texas inmate shows how in 2002 “shaken” baby injuries were taken as a given by both prosecutors and defense attorneys. Even after Robert Roberson’s conviction in 2002, his appellate counsel didn’t take exception to the fact that Roberson murdered his 2 year-old child. They argued mitigation of guilt based on Roberson’s diminished mental capacity and ineffective assistance of counsel from a “conflict.” The forensic testimony remained untouched. The effect of forensic testimony ruled the courtrooms and chambers of justice.

That’s changed at this late phase as last minute motions have created a stay to the execution.

Its all about the SBS “triad” of symptoms that have been popularized for decades without consideration of false positives, tunnel vision and over-reaching conclusions.

“Backed by affidavits from medical and other scientific experts who reviewed the case, Roberson’s team argued in the stay request that Nikki did not have a broken neck, an injury often tied to Shaken Baby Syndrome.”

“Experts, his defense counsel and the district attorney’s office did not take seriously Roberson’s claim that Nikki fell,……….”

Dr. Michael Bowers is a long time forensic consultant in the US and international court systems.
View all posts by csidds →
This entry was posted in Uncategorized and tagged American Academy of Forensic Science, criminal justice, CSI, forensic examiner error, Forensic science. Bookmark the permalink.