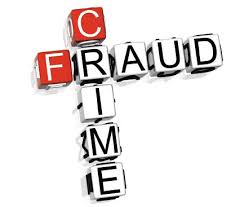 The MA Supremes are quivering about what kind of ‘justice’ defendants to massive crime lab fraud monumental scale deserve after 4 years after this became public. The link requires a non fee “signup” to the Boston Globe.

Denise McWilliams, Executive Director of the New England Innocence Project, has written an Op-Ed in the Boston Herald arguing that the state’s Supreme Judicial Court should vacate and dismiss all defendants’ cases involved in the Annie Dookhan crime lab scandal:

“Most of the ‘Dookhan defendants’ were convicted of petty drug crimes. In 62 percent of the cases, the only drug convictions were for mere possession; 90 percent of cases were handled in district court. But even minor convictions have far-reaching consequences in terms of employment, housing, loans, and immigration status…Justice requires asking the state to bear the burden of doing whatever can still be done to fix this problem. If prosecutors believe they have enough untainted evidence to maintain some fraction of these convictions, let them choose those cases and try. But we cannot reward an injustice on this scale with the benefit of the doubt.”

Dr. Michael Bowers is a long time forensic consultant in the US and international court systems.
View all posts by csidds →
This entry was posted in Crime lab scandal and tagged criminal justice, falsified evidence, forensic examiner error. Bookmark the permalink.