Blogging the war on forensic science reform; “unsupported and misleading”

Projections and accusations of deceit, lying, financial gain, and undermining the criminal justice system are now flowing through the media from law enforcement types who are pointing at “forensic science reformists”  getting viral positive attention in the press and legal literature. The LEOs are not happy. See the above brag from the National District Attorneys Association.

My goodness, the National Academy of Science, the President’s Council of Advisors on Science and Technology, and the National Judicial College may never be the same after such thrashing.

Take heed to another example of  “academic vitriol.” This time from Professor Lowell Thomas Johnson of Marquette University.  [below in italics]. He calls his reform opponents scientists yet they are “unethical,” “disagreeable” agendaistas, anti-forensic science with “no background,” “misleaders” of the American Board of Forensic Odontology, and ignorers [my sic] of massive amounts of unbridled scientific support for bitemark matchers fighting crime. Un-nice rhetoric for a Professor.  Now a bit of background.

He is also similarly critical of Robert Lee Stinson’s bitemark conviction being quashed a few years ago by post conviction DNA evidence from a brutal rape case in Wisconsin. Stinson was in prison for 23 years. Radley Balko at the Washington Post covered this case as a glaring example of the legally approved and entrenched “bitemark expertise ” mythology. Stinson (and the other bitemark exoneration cases) show this as a failed misadventure of something claimed to be “science.” 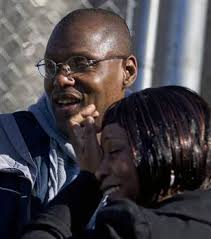 This week, Dr.Johnson articulates his science in the public forum once again, and bolsters his claims with his research as being the penultimate data telling the truth of bitemark science.

“Ethical scientists don’t always agree with each other’s opinions, but they disagree agreeably. Unethical scientists cannot accept an opinion that doesn’t agree with their own. They resort to demeaning the opinions and work of those who disagree with them, using terms such as “junk science,” blogging unsupported and misleading statements, and ignoring the vast amount and years of published research in support of the opposing opinion.

There is a judicial and social activist group composed of members of the criminal defense bar, law school professors, and academics with no background in forensic science who are being showcased as “experts in forensic science” by willing and misguided journalists in the mainstream media. News reports about alleged forensic science malpractice frequently include the comments and opinions of these unqualified “experts.”

Not all of the Diplomates of the American Board of Forensic Odontology are buying into the disinformation being disseminated on the Internet.

Below is a link to a video produced by ScienCentral describing the early research at Marquette University under awards from the Midwest Forensic Resource Center, Ames Laboratory, Iowa State University to develop software and methodology that enable the quantification of seven individual characteristics of the teeth in the anterior dental arches.

JFI (at www.theiai.org) has nothing to do with forensic odontology and is all about police fingerprinters and crime scene folks (photography, computers, foot prints, and so forth). Too bad the ABFO wasn’t capable of  using Dr. Johnson’s efforts [more than one paper was rejected elsewhere] in any empirical way that could have changed the outcomes for the dozens of men and women who have lost hundreds of years of freedom like RL Stinson.

The science of Dr. LT Johnson.

All this cost $712,000 and according to the President Council’s forensic report published last Tuesday, I would expect this will be the last money ever spent on forensic bitemarks and sadly maybe anything dealing with forensic dentistry.